One of the five early voting locations in Howard County in 2020 is Wilde Lake High School. This location has had some activity recently that is very concerning (at least to me).

“A polling judge called police when a woman with a bullhorn got into a verbal disagreement with a opposing supporter. When officers arrived, the other party had left the location, and the polling judge had asked the woman to turn down the bullhorn, which she did. No police action was needed.”

I looked at the Facebook page for Jen Mallo and there has been no update as of this post about the incident in the video or the police activity yesterday.

Today (October 29th) a post on Facebook from Sezin Palmer shows a number of campaign signs at the Wilde Lake High School early voting location had been vandalized. She has indicated that she has contacted Howard County Police Department about this item. Hopefully this school has some security cameras pointed at the parking lot and we will get some additional information about this incident.

ARTICLE UPDATE: Jen Mallo has posted this statement this morning about the vandalization of campaign signs:

This is disappointing to see happen (at any location). Others think this is just the way campaigning for office should go…but I believe this is not the stuff that makes our community look good.

Support whichever candidate you want to this election cycle…but let’s try and be better than all of this going forward…Please. 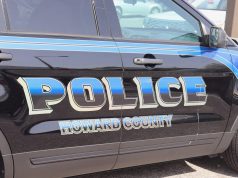