Shoemaker, who has served on the Ways and Means Committee for the entirety of his tenure in the Maryland House of Delegates, and who has recently been promoted to Chief Deputy Whip by his party’s leadership, is excited about this new opportunity saying, “I’ve practiced law for almost 30 years, so this committee’s subject matter is in my wheelhouse. I look forward to continuing the fight for our citizens’ gun rights, continuing to back our police, and pushing back against criminal coddling”. House Minority Leader Jason C. Buckel (R-Allegany) noted, “Delegate Shoemaker has been a leader in the General Assembly on public safety and criminal justice issues since he came to Annapolis. He’s been a consistent and strong supporter of law enforcement, an advocate for common sense policies on crime and punishment, and used his decades of legal experience to be a fair and trusted voice on many issues that the Judiciary Committee deals with extensively. On the Committee, he will serve as the designated Republican ranking member, and we look forward to his continued leadership during the 2022 legislative session.”

Just as a reminder…Delegate Haven Shoemaker has announced a bid for Carroll County State’s Attorney in 2022 (Read More).

One has to believe that a seat on the Judiciary Committee can only help in the upcoming election in 2022. 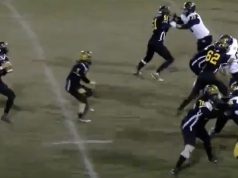