I am giving you a 3 for 1 post this morning. Statements from Governor Hogan, Fair Maps Maryland and Common Cause Maryland about the proposed congressional district maps released by the Maryland General Assembly’s Legislative Redistricting Advisory Commission:

“For the first time in state history, Maryland has fair maps that were drawn by citizens, not partisan politicians.

“Sadly, partisan politicians in Annapolis are now attempting to seize back control from the citizens for themselves, overriding the will of the overwhelming majority of Marylanders. All four of their draft maps that were drawn by politicians in a backroom would continue the extreme gerrymandering that has made a mockery of our electoral majority system for decades. To make matters worse, they won’t even let Marylanders see or comment on the legislative maps that they are continuing to hide.

“At a time when our democracy is in a fragile state, Maryland must lead. It’s time to finally end partisan and unfair gerrymandering in our state.”

“There’s absolutely nothing surprising about these maps – they benefit the politicians and the political party that drew them. This is exactly why Americans of all political backgrounds detest gerrymandering and think it’s undemocratic—and they’re right.

“Fortunately for Marylanders, there is another redistricting commission in the state—one that is nonpartisan, includes members of the public, and has a track record of integrity and transparency. The final maps created by the Maryland Citizens Redistricting Commission are reasonable, fair, and finally return common sense and normalcy to the redistricting process. Most importantly, they were drawn with feedback from the public and without political interest or influence.

“Despite their lack of progress and complete failure to communicate responsibly with the public, it’s not too late for President Ferguson, Speaker Jones, Chairman Aro, and their Commission to do the right thing and accept the fair maps drawn by the Maryland Citizens Redistricting Commission.”

Yesterday evening, the Maryland Legislative Redistricting Advisory Commission released four draft Congressional maps. The Commission committed to releasing draft maps by November 15 after Common Cause Maryland and partners called for greater transparency in the map drawing process. The maps were released earlier than expected with readable files and interactive maps, providing the public with ample time to provide input as the Commission wraps up its listening tour and prepares for special session.

We commend the Commission for responding to calls for greater transparency in the mapmaking process. They have shifted to more accessible regional hearing times, confirmed the dates for special session, and have now released draft congressional maps earlier than expected. These steps continue to ensure the process is participatory and sets us on path to finalizing maps in time for the 2022 elections.

We also applaud the Commission for releasing more than one map concept with both interactive maps and GIS files for analysis. This is a great improvement in comparison to the 2011 redistricting cycle where the public had only a few days to comment on the Redistricting Committee map proposal prior to introduction in the legislature.

As the General Assembly prepares to convene on December 6 for a special session to tackle congressional redistricting, we urge legislators to continue to make the redistricting process open and transparent by ensuring the session is accessible. We hope updated reopening guidelines will be released soon that allows for remote participation, even if advocates have in-person access, without limits on the amount of oral testimony that can be provided during hearings.

We also urge legislators to put their own interest aside and instead focus their efforts on passing a map that complies with the Voting Rights Act of 1965 and build voting power for Black, Latinx, AAPI and other historically marginalized communities throughout the state.

Common Cause Maryland and partner organizations are currently in the process of reviewing all four map concepts to understand their impact on the voting power of historically marginalized Maryland communities, as well as partisan fairness, and traditional redistricting criteria.

Maryland is now the fourth most diverse state in the country and we deserve to vote in districts where everyone, regardless of race, ethnicity, income-level or zip code, has an equal opportunity to elect representatives that share our values and lived experiences.

Here is a link to the maps and information shared on November 9th: https://mgaleg.maryland.gov/Other/Redistricting/webpage-110921.pdf

Here is a look at the 4 proposed maps released: 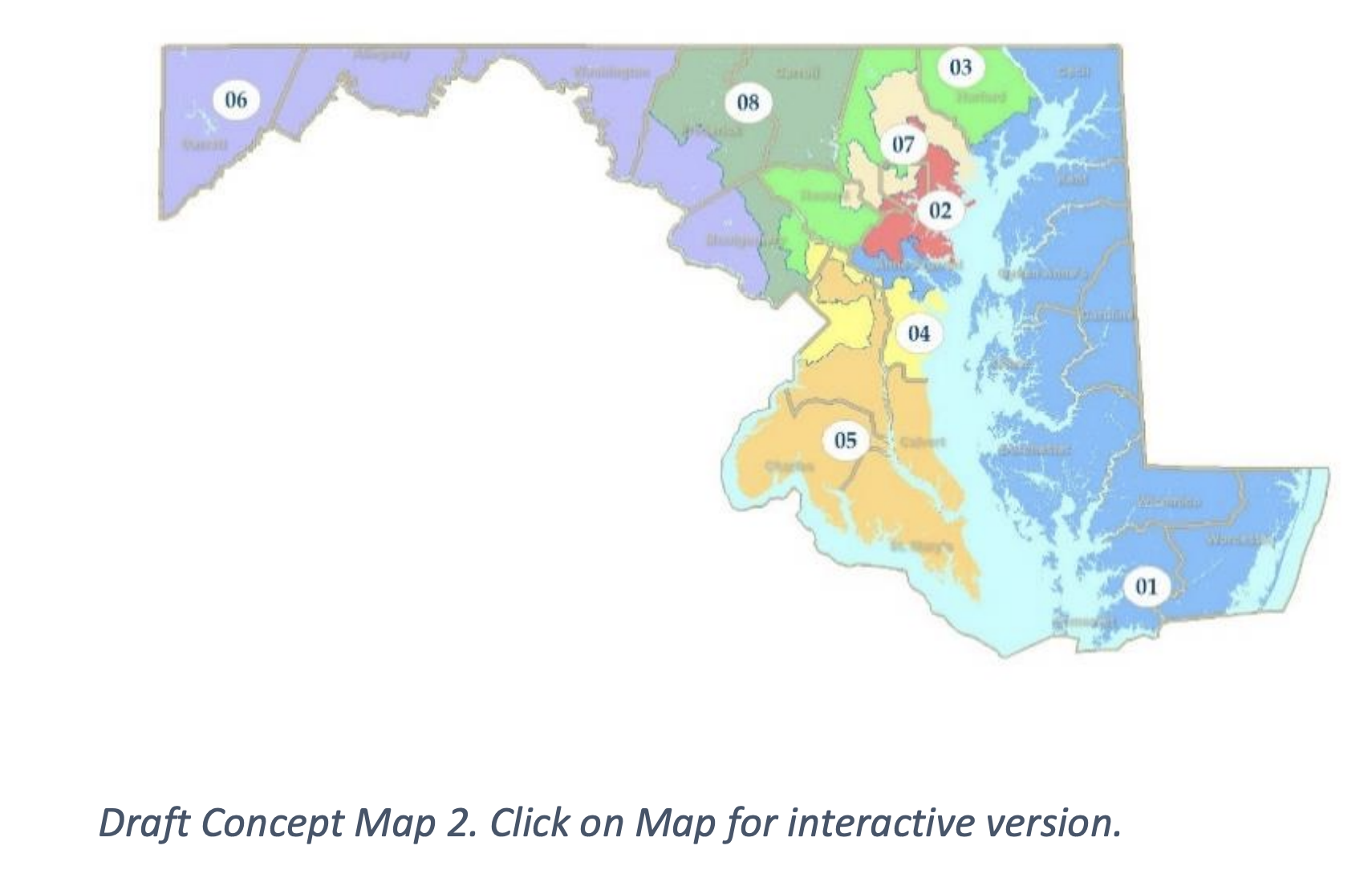 Here is a look at the map released by the Maryland Citizens Redistricting Commission: 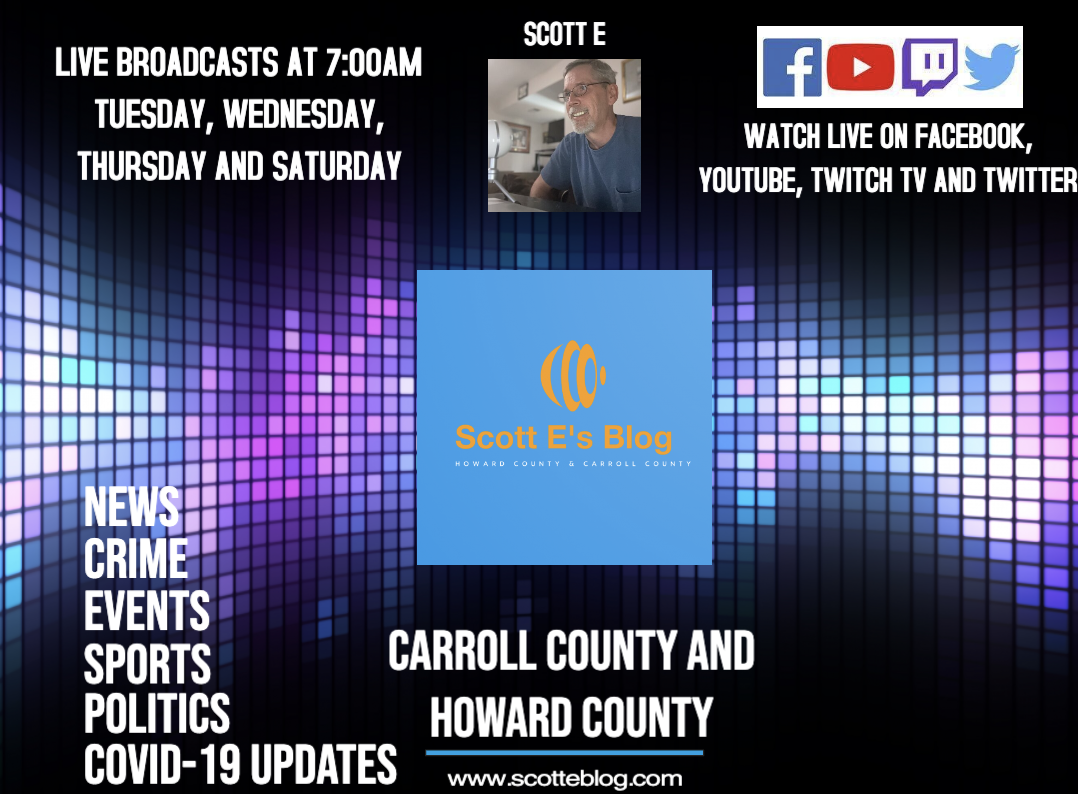