Just after 5:20 PM on September 17th, firefighters and paramedics from Howard County Department of Fire and Rescue Services (HCDFRS) and the Carroll County Fire Department responded to the 900 block of Route 32 for a report of a house fire. Upon arrival, crews found a fully involved 2 story single family with heavy smoke and fire showing from the front of the structure. Command alerted the taskforce early in the incident. All residents safely evacuated the structure prior to HCDFRS arrival.

Immediately, HCDFRS began to get the fire under control but the fire quickly reached the roof and all personnel pivoted to a defensive strategy putting water on the fire from the outside.

The fire took approximately 2 hours to extinguish and there was 1 fire department injury. One fire fighter from Carroll County was transported for a heat exhaustion related injury. One family was displaced to include four occupants and one dog.

The HCDFRS Office of the Fire Marshal is investigating the origin and cause of the fire.

Please credit all associated pictures to HCDFRS. For more information, please contact the HCDFRS Office of Community Outreach and Media Affairs at 410-313-6039.

Other social media posts related to this incident include: 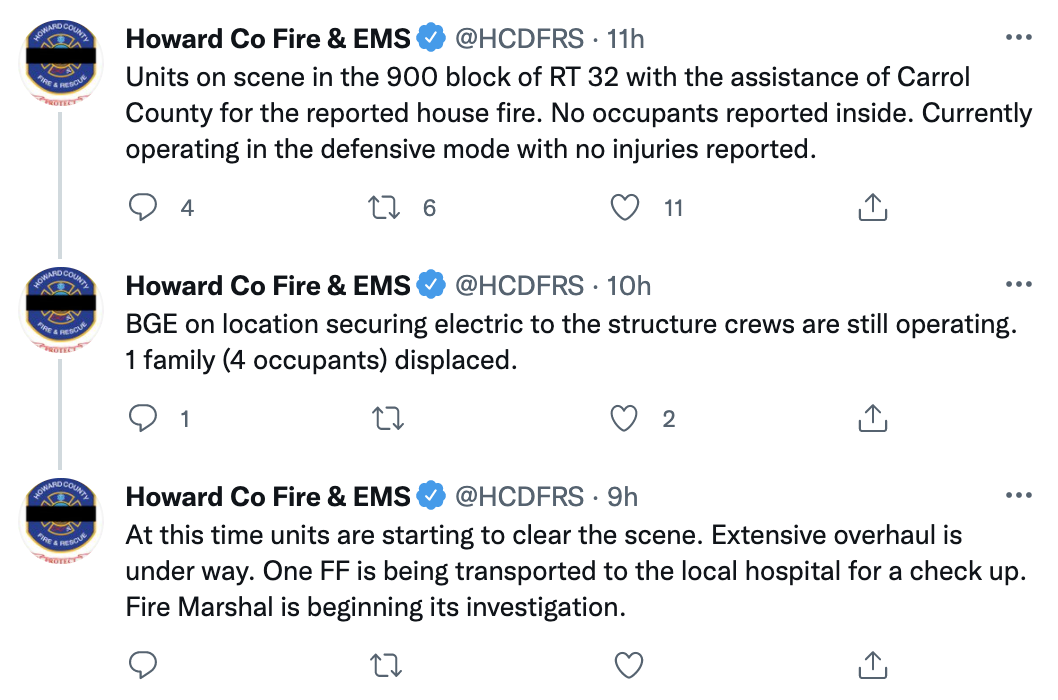