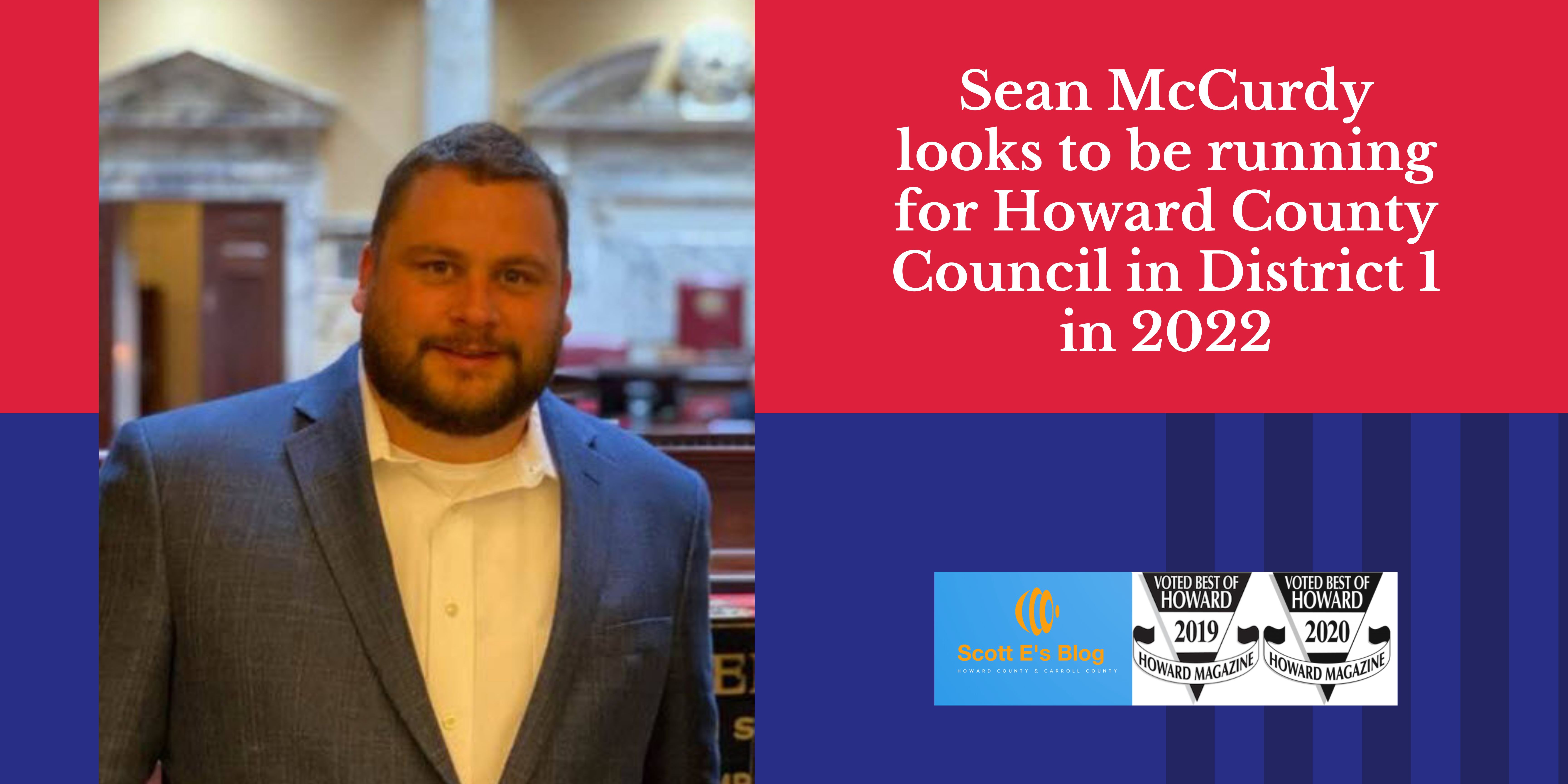 It looks like we have a new candidate in the Howard County Council District 1 race in 2022: Sean McCurdy. 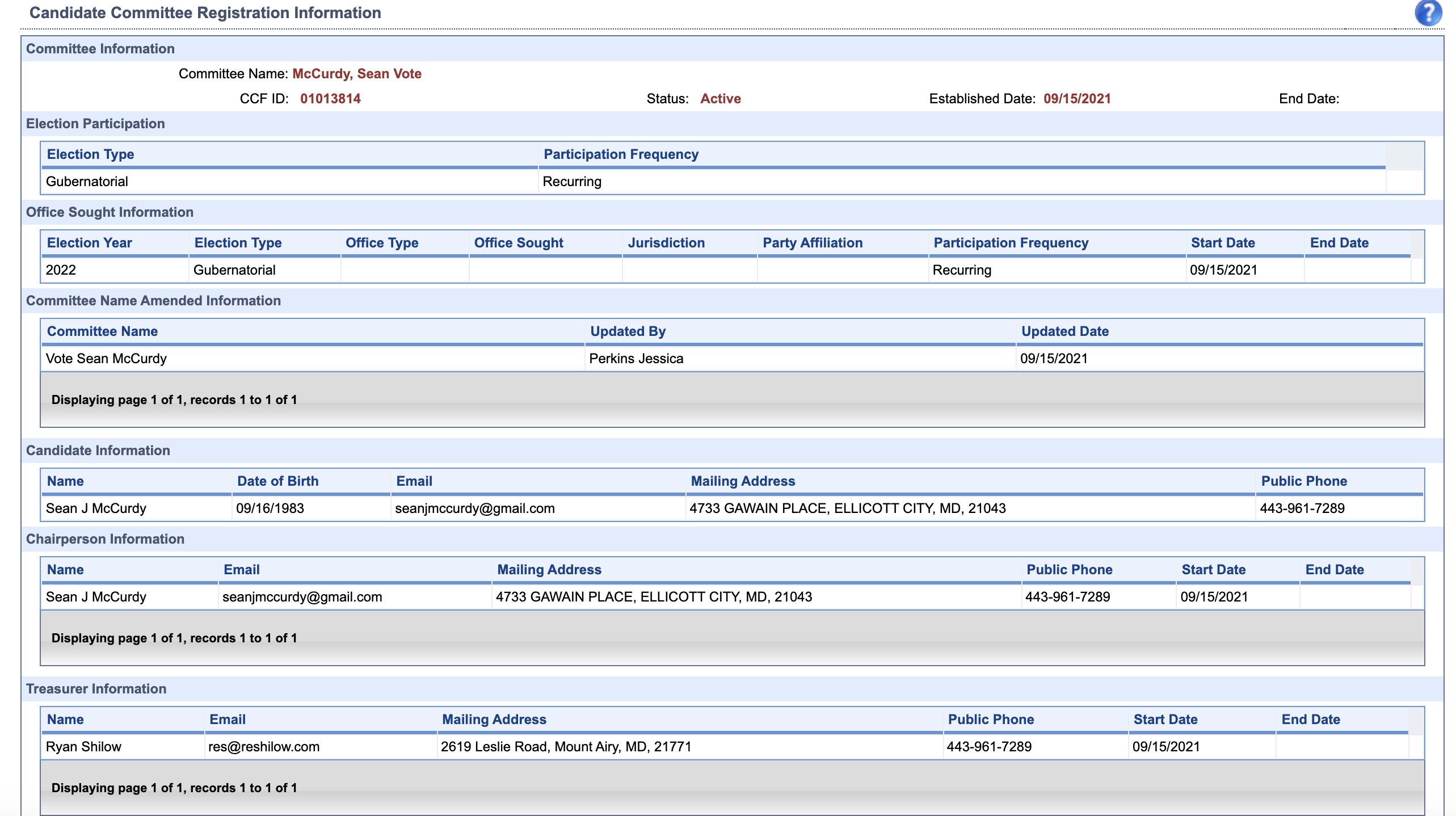 As of this post on September 16th he has not filed to run for office yet. To date the only candidate that has filed to run in District 1 is Neveen Kurtom. Still no official word that I have seen from current Howard County Councilmember Liz Walsh on re-election plans.

Update: Yes, Sean will be running as a Republican.

I reached out to Sean for a photo and statement for this article. If I get those items from him I will update this article.

Update – Here is what Sean sent me on September 16th:

My name is Sean McCurdy and I am running to become the next county council member for District 1 in Howard County.  I am an IT project engineer by profession, but my real pride and passion stem from being a father, a lifelong Ellicott City resident, and a fierce community advocate.  I am the product of Howard County public schools–from Worthington Elementary to Ellicott Mills Middle to Centennial High (Go Eagles!).  I also earned my technical certifications from Howard Community College before actively becoming a part of the workforce.  I come from a background of healthcare providers where my father worked for nearly 30 years as a physician and my mother worked as a nurse.  Howard County has been home for my family for generations.

I now work in the information technology sector where everyday, I make disparate pieces fit together and work efficiently.  I am running to become next county councilman for District 1 because I firmly believe that there needs to be a stronger vision to development and redevelopment in District 1 in addition to ensuring that our county council is responsive to the public safety and budgetary needs of our community.  For too long, our county council has been slow to render a comprehensive approach to growth and development.  We have seen land-use laws and zoning plans become a patchwork of inconsistent and incoherent messages in addition to being mired for months with unnecessary red tape.  It is time that District 1 has a council representative who can piece together a plan for smart growth that is equitable, affordable, and data-driven. 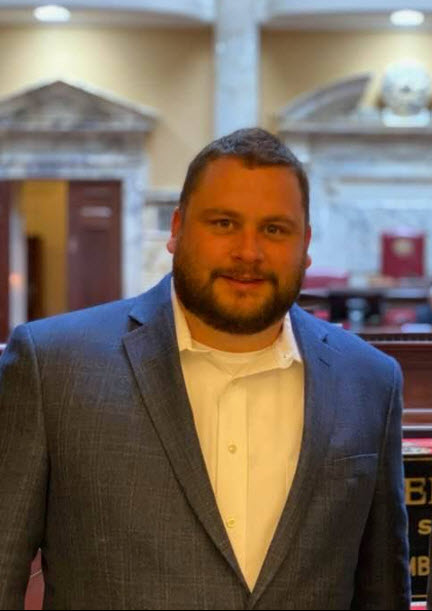 You can track all candidates in Howard County and links to their websites and social media channels here:

If you have any information on Howard County or Carroll County elections feel free to reach out to scott@scotteblog.com.