On September 15th, Ellicott City was ranked the Best Place to Live in Maryland, ranking 10th on Money Magazine’s “Best Places to Live” list. Money Magazine ranked the “Best Places to Live” by examining factors such as economic opportunities, supply and demand for homes, cost of living, quality of schools, racial and economic diversity, and health and safety. This year’s rankings were out of 1,300 U.S. cities, which were defined as those with populations between 25,000 and 500,000.

“It is humbling to be the only place in Maryland to make the top of this list and is a testament to our continued investment in our quality of life. Ellicott City is such a special place, and it’s wonderful to see it receive the well-deserved recognition as one of the best places to live,” said County Executive Calvin Ball. “From Old Ellicott City’s Main Street, to the family-friendly Clark’s Elioak farm, we know that our town has something for everyone. Ellicott City truly embodies the idea of resiliency and community, and we are committed to ensuring it continues to be one of the very places to live, work, and grow.”

Described as “a diverse and quirky town brimming with history,” Money Magazine highlighted the unique draw of Historic Ellicott City, citing local favorites like Barry the Bubble Man and the Patapsco Female Institute. Money also cited Ellicott City’s hot housing market, which is up 5% in the first quarter of the year, its central location between Washington, Baltimore, and Annapolis, and projected job growth.

Other places in Maryland that made the list include: 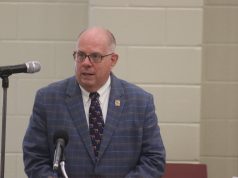