On August 23rd, Fair Maps Maryland Board of Directors Jim Brochin and Allan Kittleman joined Fox 45 Morning News to discuss why gerrymandering is so bad for our state and the nation, and promote our mission to advocate for a transparent and unbiased redistricting process in Maryland.

Allan H. Kittleman (a member of the Republican Party) was the ninth county executive for Howard County, Maryland from 2014 to 2018. Kittleman previously served as a Maryland State Senator from 2004 to 2014, representing the 9th district covering Howard and Carroll Counties, and was Senate Minority Leader from 2008 to 2011. He also previously served on the Howard County Council from 1998 to 2004.

Fair Maps Maryland is an independent, non-profit organization dedicated to the abolition of politically motivated gerrymandering and the full implementation of non-partisan redistricting. Specifically, Fair Maps Maryland is working to ensure that the electoral maps created by the Maryland Citizens Redistricting Commission are accepted by the Maryland General Assembly and enacted into law.

I want to be hopeful that we will get common sense maps draw this year…but then you see this things like this: “Ferguson and Jones Announce Legislative Redistricting Commission” – a commission made up of politicians…and folks like me lose a little hope that the redistricting process will actually be about the people.

Time will tell and we will find out later this year (or actually early next year – February 26, 2022 is the Final date for the Maryland General Assembly to act on a legislative redistricting plan) if things in Maryland get better or if the politicians continue to draw maps that suit their needs. 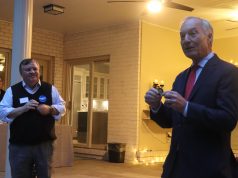