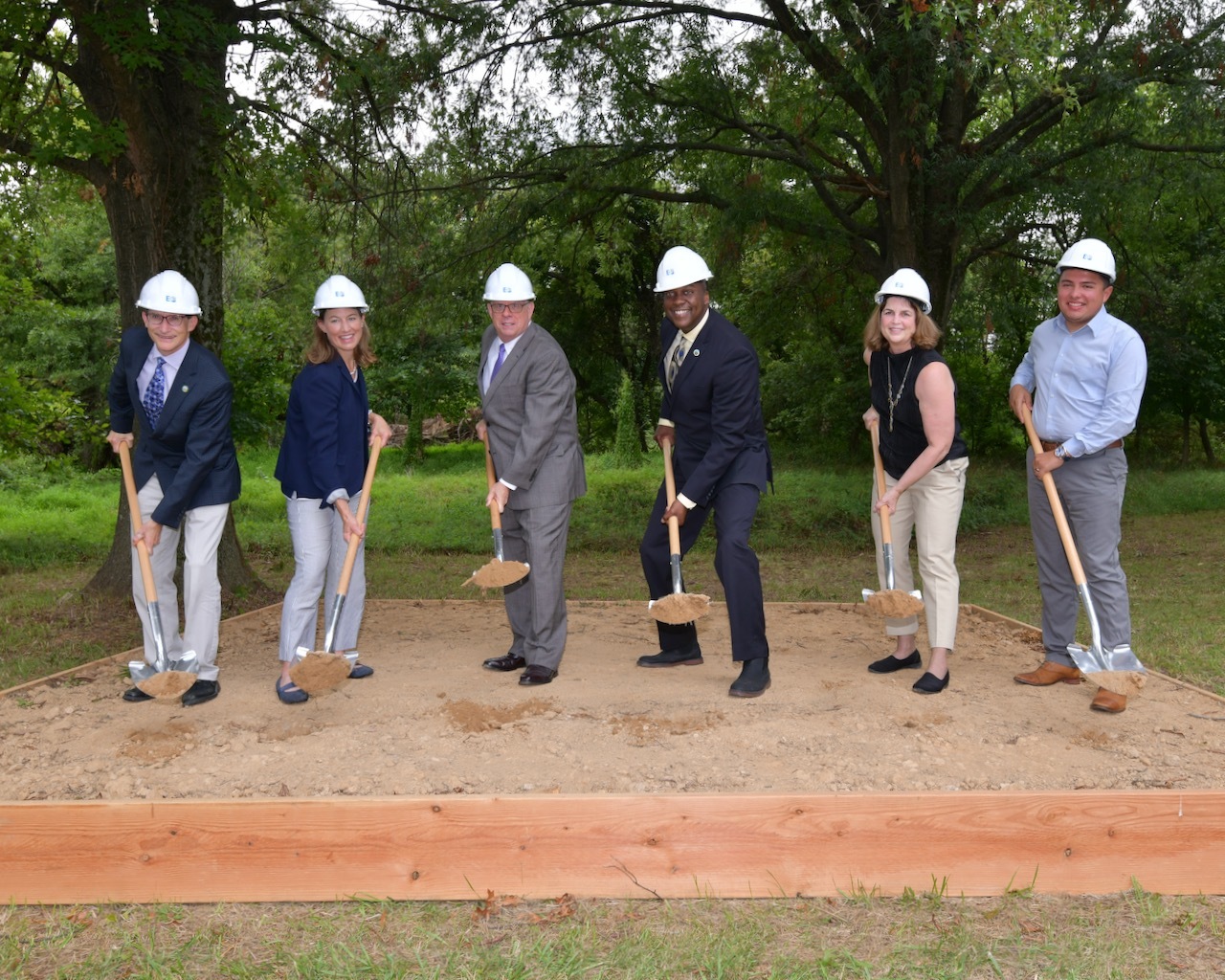 “With the impact of climate change, it is more important than ever to support smart waterway infrastructure improvements that protect our local towns and communities,” said Governor Hogan. “I’m proud to say that this important project is a reflection of our administration’s ongoing commitment to climate resiliency, infrastructure investment, and bipartisan, common sense solutions.” 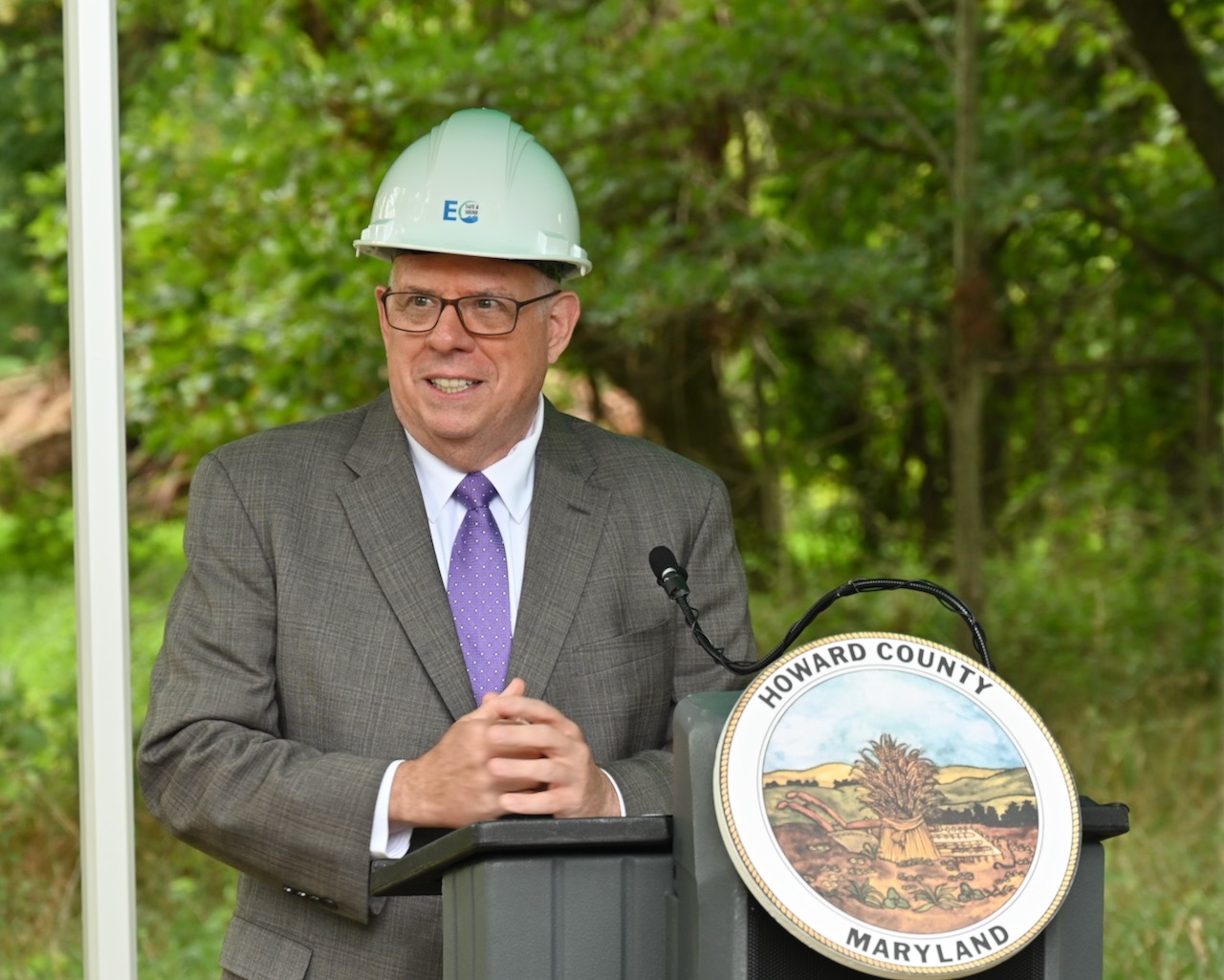 The dry pond, located at the intersection of U.S. Route 40 and U.S. Route 29, will reduce the water flow to the Hudson Branch, which passes through downtown Ellicott City. The project is consistent with Maryland’s climate change and resiliency goals by helping reduce runoff that is exacerbated by increased precipitation or flooding events. 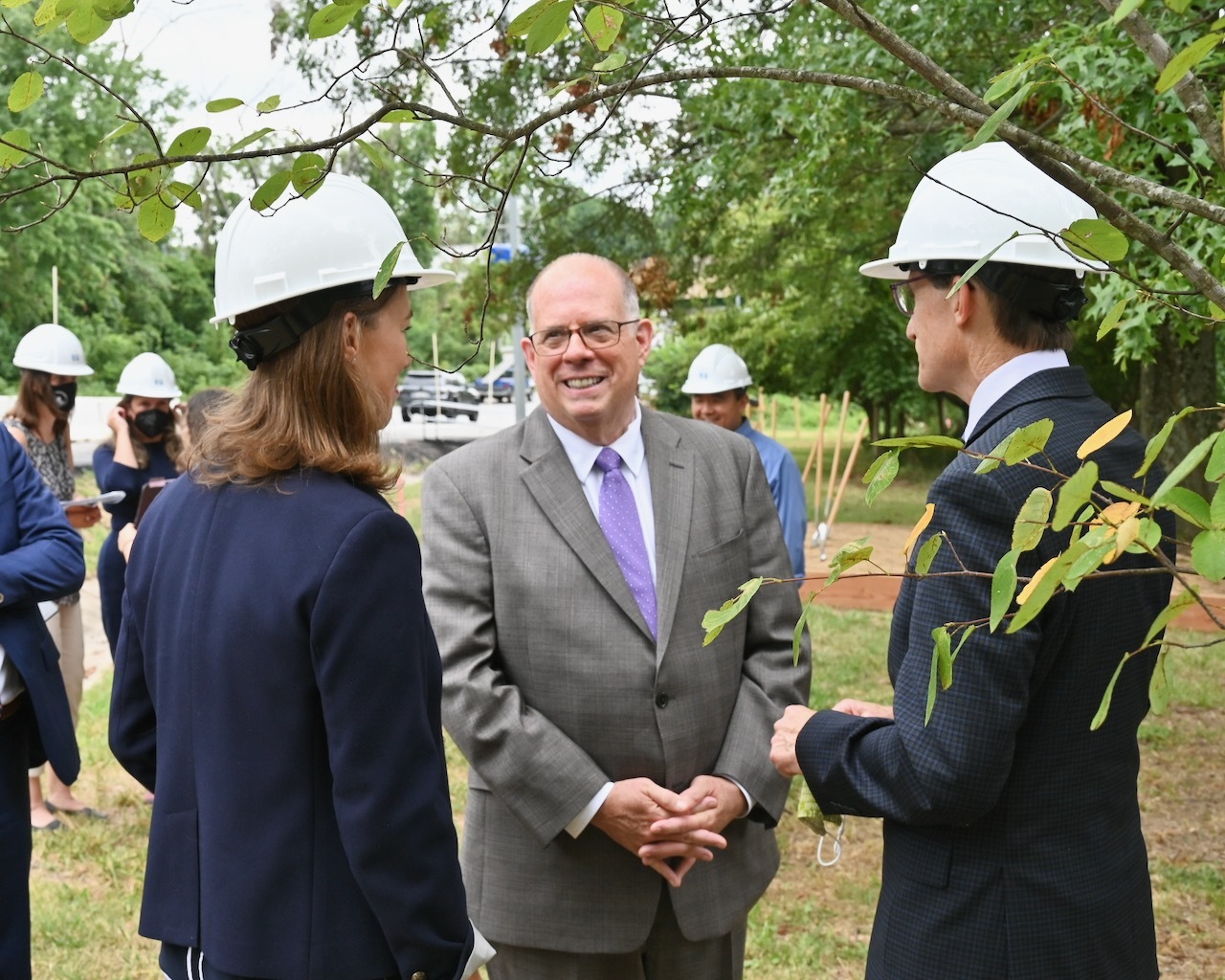 In June, the Maryland Board of Public Works voted to approve a $2.4 million grant to help fund the construction of the new stormwater detention basin. The State of Maryland has committed more than $16 million to Howard County to assist in flood mitigation and resiliency for Ellicott City.

Today, Howard County Executive Calvin Ball was joined by Governor Larry Hogan and state and local officials for the groundbreaking of the crucial H7 Dry Flood Mitigation Pond, an Ellicott City Safe and Sound project. The H7 Pond will reduce the amount of water that runs off the site by more than 30 percent in a 100-year storm, keeping more water from flowing to Historic Ellicott City during a severe weather event. The project is a joint partnership between Howard County and the State of Maryland, which owns the land of the pond site. The pond will cost approximately $3.2 million to construct and is expected to be completed within 18 months, weather permitting. Photos of the event can be found here.

“Our goal since adopting the Ellicott City Safe and Sound plan is to keep our residents safe, reduce the amount of floodwater in Historic Ellicott City, and preserve the historic nature of our town,” said Ball. “The behind the scenes work has finally led to where we are today, breaking ground on the first of several upcoming flood mitigation projects. I’d like to thank the many partners and officials who made this progress possible – Governor Hogan, the State Highway Administration, Senators Hester and Guzzone, Delegate Watson, and our entire Howard County Delegation, all of whom have worked hard to ensure Ellicott City is Safe and Sound for many years to come.”

“With the impact of climate change, it is more important than ever to support smart waterway infrastructure improvements that protect our local towns and communities,” said Governor Hogan. “I’m proud to say that this important project is a reflection of our administration’s ongoing commitment to climate resiliency, infrastructure investment, and bipartisan, commonsense solutions.”

The H7 Pond will only fill with water during storm events. Once complete, the pond will provide 13-acre-feet of storage approximately the same as 10 football fields, each covered with one foot of water.

To date, Howard County has received more than $20 million from the State of Maryland for Ellicott City projects, including $2.4 million for the H7 Pond. The Ellicott City Safe and Sound plan is a combination of retention and conveyance projects to mitigate flooding. Retention projects, such as the H7 pond, are designed to hold water away from Historic Ellicott City and release it slowly once any danger has passed. Conveyance projects are designed to ensure water that is not retained is conveyed to the river as safely as possible.

“I’m proud to have worked with our state and local partners to bring over $18m back for the Ellicott City Safe and Sound Project,” said Senator Katie Fry Hester. “This is the first of several retention ponds which will make our community more resilient and give us peace of mind.”

“This project is one important piece of the puzzle in creating a flood resilient historic Ellicott City,” said Delegate Courtney Watson. “Residents can feel confident that the Safe and Sound Plan is funded and well underway.”

“I’m hopeful that this first of several projects focused on mitigating flooding in old Ellicott City, will be the catalyst for the next phases of our flood works plans,” said Howard County Council Chair Liz Walsh. “I’d like to thank Senator Katie Fry Hester, Delegate Courtney Watson and the people of Maryland for providing the much needed funding”

“There’s no hiding the challenges that Main Street has faced, and our community at large has been resilient time and time again throughout these difficulties,” said Ellicott City Partnership Executive Director Chris Pineda. “The H7 pond will not only help retain water but will be a factor to saving Main Street.”

Construction of the Maryland Avenue Culvert, pending the completion of the federal section 106 process and receiving CSX approval.

Renovation of the 6 County-owned buildings on Lower Main Street, including removing portions of the buildings that are over the stream channel.

Removal of four county-owned buildings at the bottom of Main Street to facilitate construction of the Maryland Avenue Culvert.
Commencing final design for the extended North Tunnel project.