Two currently elected officials have announced plans to run for re-election in 2022 and to use the Howard County Citizens’ Election Fund (CEF) (Deb Jung and Christiana Rigby). I put out and article on Monday July 12th with information about the fund. As a reminder from that article:

“The Howard County Council stated that the goal and intent of establishing the program was to encourage greater voter participation in County elections, increase opportunities for more residents to run for office, and reduce the influence of large contributions from wealthy individuals, corporations, businesses, political action groups, and other large organizations.”

After my article was published a few questions arose about one currently elected official and now candidate for re-election and the use of this fund: Howard County Council Member (District 3) Christiana Rigby.

I have done my best over the past week to learn as much as I can with what is written in the documentation about this fund (see links below) and have written to and spoken with representatives of Howard County Government and a staff member of Councilmember Rigby about my questions (I also placed a call to the State Board of Elections on Friday but have not heard back yet). I do not yet have all of the answers (I will be following up with the State Board of Elections again next week) but will do my best to document what I know and do not know right now.

Does Councilmember Rigby qualify for use of this fund: The answer I have been told is yes.

Still outstanding questions I have or just general observations:

For the past 2 1/2 years (since January 2019) Friends of Christiana Rigby has been able to raise funds and spend funds without the limitations of CEF program. If you review the 2020 annual report (CampaignFinanceReport_Public_5fb3465e-f5b4-4f48-a8fb-6534511d3e2f) you see a number of campaign contributions that would not be allow in the CEF program:

In SECTION IX of the CEF Summary Guide Howard County (page 14): IMPERMISSIBLE CONTRIBUTIONS – An applicant candidate must not accept the following contributions:

Even on the FAQ guide from Howard County Government it states (on page 10):

No, a candidate may only receive the maximum of $250 from any individual during an election cycle, which includes amounts received prior to electing to participate in the Citizens’ Election Fund Program.

I am really confused on the timeframes noted in the Summary Document and the FAQ…specifically the terms:

This to me would indicate (if I am reading it correctly) that the IMPERMISSIBLE CONTRIBUTIONS noted above should disqualify the candidate from use of the CEF. But again I have been told that it does not (almost like those contributions do not count…except now those individuals can not contribute to the new campaign account)….I am still a bit fuzzy on why that is the case and this is the thing I really need to better understand.

Obviously I still have a number of outstanding questions but I wanted to put out what information I have today.

I will continue to reach out to staff of the Councilmember and to members of the State Board of Elections to get additional clarifications on my questions above. If you have additional questions you think I should ask…email me at scott@scotteblog.com and I will see if I can find those out as well.

This article is in no way an attack on Councilmember Rigby or her attempt to use the CEF this election cycle. She just happens to be the candidate that has these previous contributions that caused these question to come up since I put out my information earlier this week. I actually commend her for wanting to participate in this new program…but these questions are out there about the qualifications in the program and fairness to other candidates.

This is all very new in Howard County and many people have questions on what is allowed and what is not allowed in this new program.

Going back to my title of the article…is this fair? That is the overall question I am asking today. Is it fair to raise and spend money as a candidate using rules outside of this program and get that benefit…and then…participate in a tax payer funded program to run for office? Does this make it fair to other candidates that may consider running in a race and wishing to participate in the CEF program?

I will provide additional updates As I get them from the various sources.

Additional sources I will look into is Common Cause Maryland and Fair Elections Maryland. I know they were involved back in the day on getting this program in Howard County. I would be very interested in their thoughts on this topic.

Here are some fun reading materials for those interested: 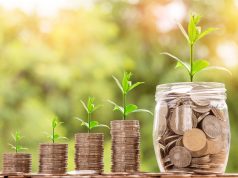 Howard County Chamber of Commerce has yet to take an official position on adjustment to local minimum wage, but has major concerns as to...