Tomorrow, Saturday, July 10 is the last day of operations at the Six Flags America mass vaccination site in Bowie. In early February, Six Flags became the first of more than a dozen mass vaccination sites to open across the state, and 339,087 vaccinations have now been administered there. At its peak, the site vaccinated 5,000 people per day. 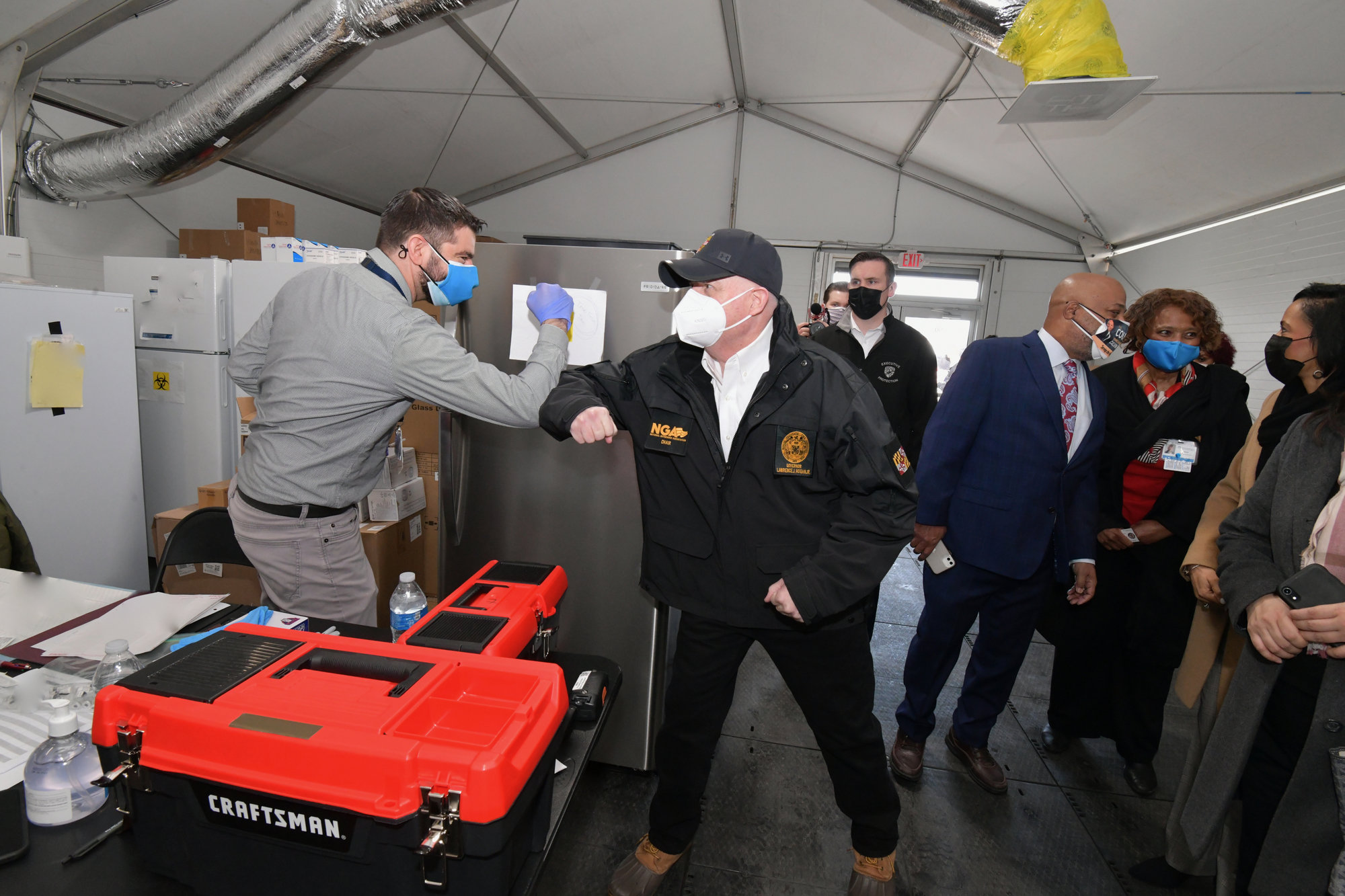 The closure of the Six Flags site—which also served as one of the first mass testing sites during the pandemic—will mark the end of more than five months of state-run mass vaccination operations, which were a partnership between the Maryland Department of Health (MDH), Maryland National Guard, Maryland Emergency Management Agency, and other state and federal partners. Mass vaccination sites were opened across the state, from Hagerstown to Salisbury, including M&T Bank Stadium in Baltimore City, Regency Stadium in Waldorf, and Ripken Stadium in Aberdeen. 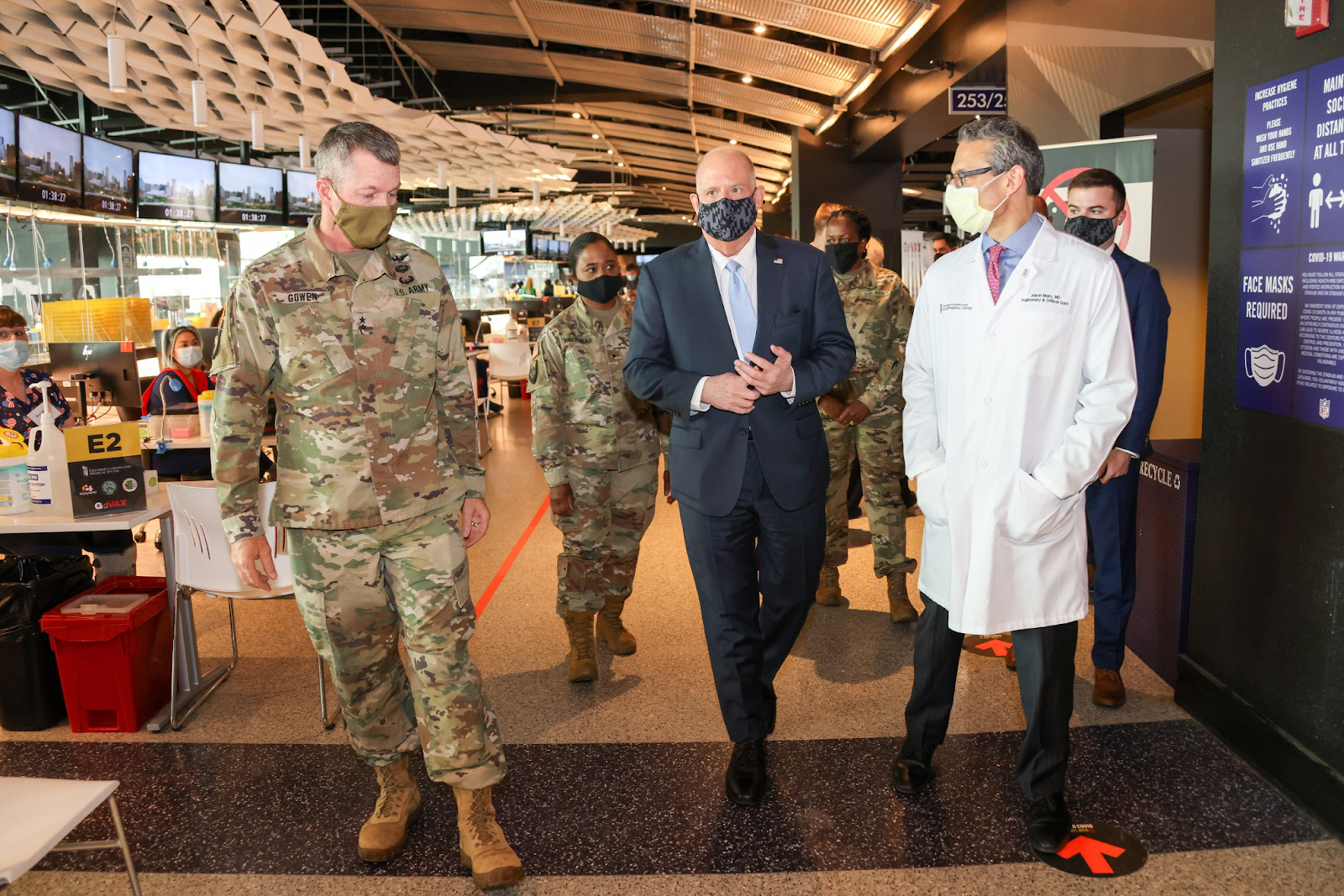 “Ramping up these mass vaccination sites as fast as we did helped us crush the curve one last time, and in the process, these sites became models for other states and countries to follow,” said Governor Hogan. “The most lasting legacy of the sites may be the individual stories of the people who received life-saving vaccines, and how much those moments meant to them and their families. I want to especially thank everyone who was involved in building these sites, and all the nurses, volunteers, and National Guard members who staffed them rain or shine. Through our many successful vaccine initiatives, including our new $1 million VaxU Promotion, we remain committed to making sure no arm is left behind.” 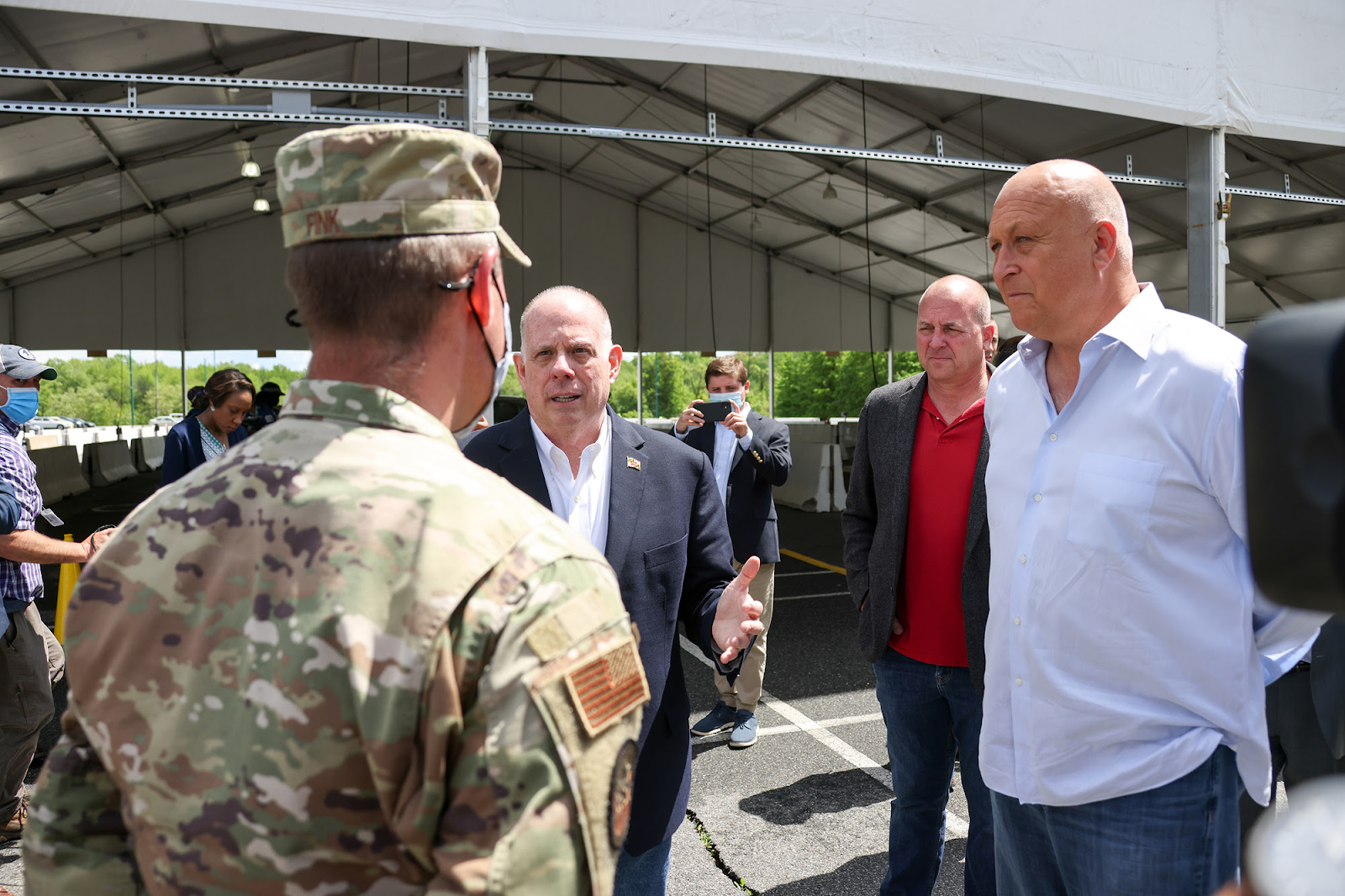 “Maryland’s mass vaccination sites have been invaluable assets in providing life-saving vaccines in our fight against COVID-19,” said Secretary Dennis R. Schrader of MDH. “The speed in which state agencies coalesced to stand up the 13 sites and the way they were professionally managed and operated helped us efficiently vaccinate hundreds of thousands of Marylanders.” 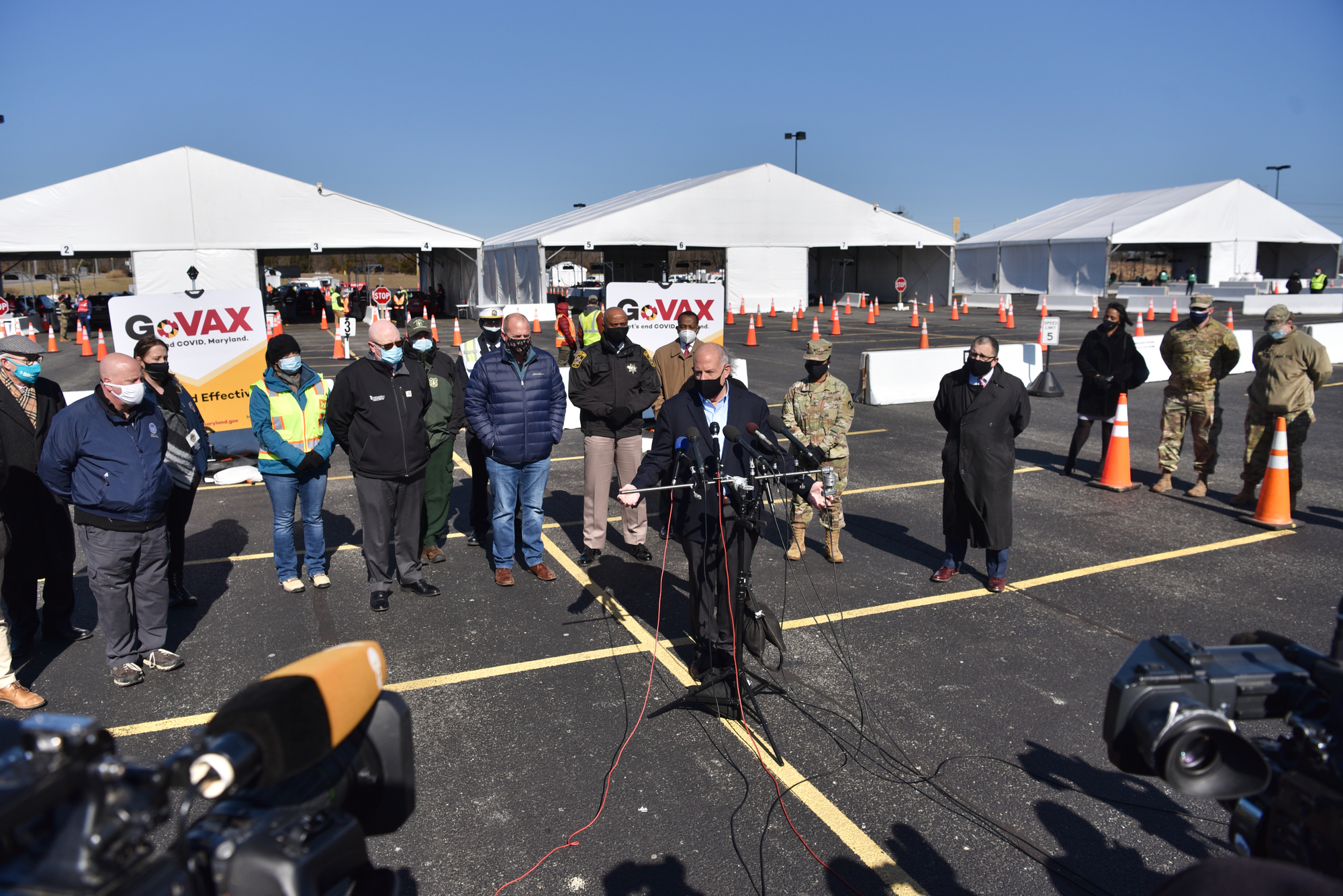 Maryland has reported more than 6.9 million vaccinations, and 75.3% of adults have received at least one dose. Maryland ranks sixth in the nation with 68.9% of adults fully vaccinated. The state continues to focus on making vaccines accessible to Marylanders through the No Arm Left Behind initiative, the Maryland Vaccine Equity Task Force, and the GoVax Mobile Summer Tour. As of today, 724 pharmacy providers are listed on covidvax.maryland.gov, and the state’s multilingual call center is available seven days a week at 1-855-MD-GOVAX.

In addition, after completing a successful $2 million vaccine lottery, the state has launched a $1 Million VaxU Promotion to provide $50,000 scholarships to 12- to 17-year-olds who get vaccinated.