Howard County Executive Calvin Ball hosted the opening ceremony for the 8th annual National Youth Cricket League (NYCL) tournament. 93 teams are participating in the event from across the region and nation, with participants joining from as far away as Arizona and Southern California. Matches began this July 2nd and will continue through July 12. Photos of the event can be found here.

“Our improved and expanded facilities at Schooley Mill Park are part of our efforts to make Howard County a national destination for the great game of cricket.,” said Ball. “Welcoming the great NYCL tournament to Howard County, a tournament that has had 350 participating teams and nearly 1,750 participating players since its inception, is proof that these efforts are paying off. I am so happy that Howard County is a partner in hosting this event, and to those who love cricket in Howard County, I want to assure you that this is only the start.”

Schooley Mill Park is home to Howard County’s first regulation cricket pitch. The pitch and multi-use field were created in 2013. Last November, the expanded field and cricket pitch project at Schooley Mill park was completed, expanding the artificial cricket pitch from 108 linear feet to 450 feet in size. The multi-use grass field was recently expanded by approximately 80 square feet and resodded.

“Today we are joined at Schooley Mill Park by cricket players from as far away as California,” said Director of Recreation & Parks A. Raul Delerme. “Cricket is a great activity, both socially and physically, and we are proud to continue our support for Howard County’s cricket community. Good luck to each of the teams competing today!”

“We’ve built a great community of cricket players and fans here in Howard County, and we’re thrilled to host teams from around the nation for this tournament,” said Murali Padmanaban, Founder and President of the Howard County Cricket League.

Mask Mandates in Maryland Schools: What we know up to this point 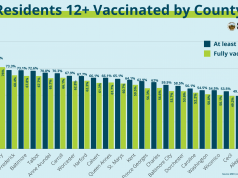 Howard County continues to lead the state with 85.3% of eligible residents 12+ who have received at least one dose of a COVID-19 vaccine 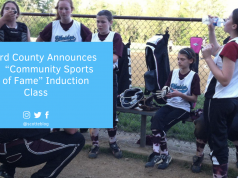