On July 2nd, 2021, at approximately 4:30AM, Carroll County Sheriff’s Office Deputies, Maryland State Police Troopers, and Emergency Medical Services personnel responded to a residence in the 500 block of Houck Road, Westminster, for the report of an assault in progress.

Upon arrival, Deputies found two victims, a 21 year old male and a 26 year old female, both with head injuries. Both victims were transported to area hospitals for further care.

Detectives from the Carroll County Sheriff’s Office Major Crimes Unit, as well as Forensic Services Technicians, responded to the scene.

Based on the initial investigation, there is currently no known threat to the public. No further information about this incident, including potential suspect information, is being released at this time.

Anyone with additional information about this incident is asked to contact the Sheriff’s Office at 410-386-5900.

Here is the area of the incident noted above: 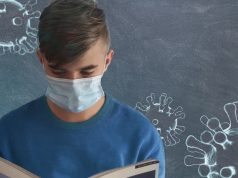