In a press release release from Venable LLP on February 9th:

More than 125 past student members of Maryland boards of education from every jurisdiction in the state, including the State Board of Education, have joined together in an amicus brief prepared and submitted by Venable LLP challenging two Howard County Public School System (HCPSS) parents’ attempt to strip the Howard County Board of Education’s student member of his statutory voting rights on issues before the board. Amici have served on Maryland boards of education as early as 1975 and as recently as 2020.

The amici have come together to inform the court about the potential statewide impact that could result if the plaintiffs prevail. Student membership with voting rights on local and state school boards is a statutory directive enacted by diverse sessions of the General Assembly over many years, reflecting the clear and consistent policy for student participation in the governance of their school systems. Maryland has led the way nationally in establishing and promoting student participation, giving voting rights to student members of the boards of seven Maryland school systems and the State Board of Education. If accepted, plaintiffs’ theory could strip hundreds of thousands of Maryland students of meaningful representation regarding the educational decisions and policies that affect them.

Other articles on this topic: 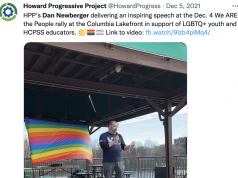 Will Dan Newberger enter the race for Howard County Board of Education in 2022? 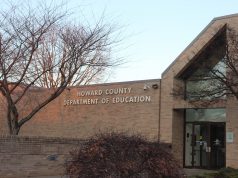