My family and some friends are playing a Stock Market Fantasy game in 2021. It is a good way for us to stay connected and have some fun this next year (plus hopefully learn a thing or two). I am planning to document some of the good and bad stocks we pick each month.

Here were the top stocks in January in the various player portfolios:

AMC Entertainment Holdings, Inc. (AMC) – This stock jumped over 525% in January ($2.12 to $13.26). By now we all know the story of how users on Reddit made some stocks jump and one of the players in the game was lucky enough to have this one in her portfolio in January.

Foresight Autonomous Holdings Ltd. (FRSX) – Foresight more than doubled in price between the end of December and the end January 2021 ($4.08 to $8.18)

The worst performing stock in the player portfolios was:

The game resets in February and every player starts fresh with $5,000 and the ability to invest in 5 stocks. They can keep their current portfolios and reinvest or choose totally new stocks.

I know my strategy for February is keep a few and pick a few new ones. Some are worth riding for a while and some others need to be replaced to maximize my position in the game. I am off to a good start in the game by being the top money maker in January. Now I just need to repeat that in February (and then considering doing this for real a little bit more than I am currently – apparently I am pretty good at this stuff right now). 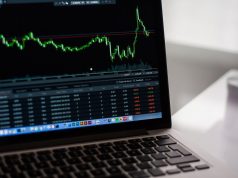