As a resident of Congressional District 3 in Howard County and Maryland this is an interview I am excited to have on the books.

Congressman John Sarbanes (MD-03) is scheduled to join Scott E’s Blog on January 13th at 2:00pm for a discussion about “H.R. 1, the For the People Act”. I am planning to Live Stream this interview on Scott E’s Blog Facebook page.

My plan is to give Congressman Sarbanes the opportunity to provide my readers and listeners an understanding of this legislation. I am also hoping to ask a few questions about this legislation.

Here is information about H.R. 1, the For the People Act:

The 2020 election underscored the need for comprehensive, structural democracy reform. Americans across the country were forced to overcome rampant voter suppression, gerrymandering and a torrent of special-interest dark money just to exercise their vote and their voice in our democracy.

It shouldn’t have to be this way.

That’s why House Democrats are committed to advancing H.R. 1, the For the People Act – a transformational anti-corruption and clean elections reform package – in the 117th Congress.

We will clean up corruption in Washington, empower the American people and restore faith and integrity to our government. H.R. 1 will get us there.

END THE DOMINANCE OF BIG MONEY IN OUR POLITICS

Here is one of the videos Congressman Sarbanes has made about this legislation:

I am a fan of Congressman Sarbanes and I like this proposed legislation. That being said, I do have questions about this legislation and I look forward to asking those questions on the 13th.

I hope you are able to watch the session live on Scott E’s Blog Facebook page or watch after the event (I will have an article on the blog with the video). 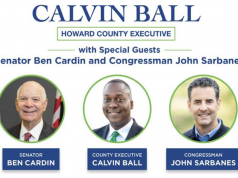 Congressman John Sarbanes joins Scott E’s Blog on January 13th for a discussion about H.R. 1, the For the People Act