Tonight, Howard County’s Council sure seems likely to approve $54.7M in County funds to build a new, privately-held dinner theater and arts space adjoining other not-to-compete arts facilities to be operated by our own Recreation & Parks. To be built in Downtown Columbia by the same developer who just walked away from the Long Reach Village Center.

True, amounts requested now have declined from what originally was sought when the “New Cultural Center” showed up for the first time as a $63M bust in last year’s capital budget. Credit for that belongs to my Council colleagues Deb Jung and David Yungmann who have labored diligently over the last several months since to address, or at least identify to the Administration, so many of the missing and faulty aspects of the “arts” side of this deal. It was Deb and David who proposed that a Memorandum of Understanding, at least, be entered into among the relevant parties before the Council’s approving vote. The Council received this “final” version of that document Saturday evening. It had been revised. A bit.

Still, we don’t know so much basic information. Who is proposed to own and pay for what will be documented “after closing,” we’re told, on a publicly-financed facility rife with for-profit self-dealing and sole-source contracting. Also missing, a basic pro forma for the now tenant of a one-of-a-kind operation that even our own paid-for market analyses remains less than optimistic about. Proposed funding relies on projected income from County recreational programming that has always ever needed to be subsidized.

For its side of the deal, the Housing Commission’s funding now is “expected” rather than “agreed to.” And its 99.99% limited partners, “not established.”

Who’s responsible for the parking garage shared between the arts and residential aspects of the project, also, to be determined.

I cannot support TAO1-FY2021 in its current form. Why its project structure changed—and for whose financial benefit—remains unexplained. The “between $20 and $30M” the developer promised to raise in private funds for the project has disappeared, as has any formerly shared risk in the project’s success. That all falls entirely on the County and County taxpayers now. In a circumstance where we already can’t fund long-overdue needs, like roads and schools. And floodworks. 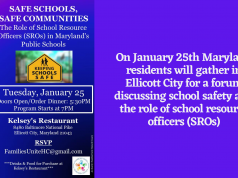