Carl Perkins, Ed.D. is the newest member of the Board of Trustees of Howard Community College (HCC). Appointed by the governor of Maryland, the HCC board of trustees is the college’s legal governing body. The board exercises general oversight and establishes policies for implementing the mission of the college.

Dr. Carl Perkins, a Marriottsville resident, will serve a six-year term through June 30, 2025. Currently, he is an adjunct faculty member at McDaniel College and the University of Maryland, Baltimore County (UMBC) and a professional development school liaison and supervisor at UMBC.

Perkins is a member of the professional organization of educators, Phi Delta Kappa International, a former nominee for the Howard County Educator of the Year Award, a past participant in the NASA Teacher in Space program, and a member of the Towson University Athletic Hall of Fame. A lifetime member of the NAACP, Perkins holds a bachelor’s degree from Towson University and a master’s degree and doctorate in education from Morgan State University, where he is an alumni association member.

In addition to the appointment of Dr. Perkins, board chairperson Felícita Solá-Carter​ was reappointed to the board and will remain a trustee through June 2026. She was subsequently re-elected as the board chair following her reappointment and also chairs the board’s audit and finance committee. Solá-Carter was first appointed to the board of trustees in 2016 and elected as board chair in 2019. Additionally, she has been elected to the Board of Directors of the Maryland Association of Community Colleges.

Christopher Marasco was re-elected board vice chair and will continue to serve in this role through June 2021. As board vice chair, Marasco also leads the board’s legislative and community relations committee. He was appointed to the board in 2017 for a six-year term ending in 2023. Marasco, a distinguished alumnus of Howard Community College, received the 2015 HCC Trustees’ Award for significant service to the college. He has also served as the board of trustee’s liaison to the Howard Community College Educational Foundation, Inc.

The Board of Trustees joins the rest of the college community in celebrating Howard Community College’s 50th anniversary this year. For more on the 50th anniversary, visit howardcc.edu/50.

To learn more about the Board of Trustees, visit howardcc.edu/about-us/leadership/board-of-trustees. 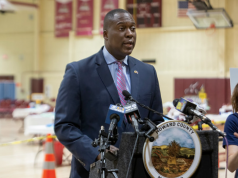