Police were called to the intersection of Governor Warfield Parkway and Twin Rivers Road at approximately 12:15 a.m. on May 1 for a report of a fight among multiple people with shots fired and located Anthony Tayvon McNeil, 24, from Baltimore, suffering from multiple gunshot wounds in a nearby parking lot. McNeil was transported to Howard County General Hospital where he was pronounced dead.

Through investigation, detectives developed Thomas as a suspect and worked to locate him. He was taken into custody at a motel in Annapolis today and is currently in the booking process.

Police believe the shooting stemmed from an earlier verbal altercation between acquaintances of McNeil and Thomas. The investigation is ongoing. 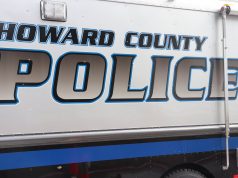