Police responded for a report of a cutting and learned that a teenage male victim and a male acquaintance met a male suspect at the above location to conduct a drug sale. The suspect then cut the victim and stole his cell phone before fleeing. Police located the suspect nearby and arrested him. The victim was taken to the hospital where he was treated and released. Police also found a quantity of suspected marijuana indicative of distribution and arrested the acquaintance.

ARRESTED: Jason Kent, 15, of St. Johns Lane in Ellicott City, charged as an adult with attempted first-degree murder, assault, armed robbery, and robbery; and Munam Ahmed, 19, of Sanner Road in Clarksville, charged with drug possession with intent to distribute 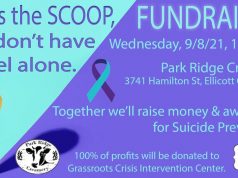