The following notice was put out by the Maryland Chamber of Commerce:

As drafted, SB 2 presents innumerable constitutional and policy concerns, not the least of which is an overt violation of the Permanent Internet Tax Freedom Act. In addition, SB 2 may violate the Equal Protection Clause of the U.S. Constitution due to a lack of rational basis for discriminating against advertising services provided on a digital interface since the law does not impose the same treatment on advertising that does not occur on a digital interface. It also raises concerns relative to the First Amendment, since the tax would effectively regulate commercial speech by forcing only digital advertising service providers in Maryland to either cease allowing Maryland customers to view ads or by substantially increasing fees charged to companies advertising on their platform.

Of greatest concern to the Chamber is that the economic burden of SB 2 will ultimately be borne by Maryland businesses and consumers of advertising services within a digital interface—including websites and applications. As a result of this tax, advertising service providers will pass the increased costs on to their customers. This includes local Maryland businesses that utilize online platforms to reach new customers. Although the intended targets of this tax are large global corporations, Marylanders will feel it the most in the form of higher prices and lower revenues.

The digital advertising ecosystem benefits entities of every type across the entire spectrum of Maryland’s economy. The ad-supported business model empowers online creators and allows them to support themselves through their content. By delivering ads to consumers who are most likely to be interested in them, modern online advertising is critical to organizations that want to reach the right audiences in a cost-effective manner. Nonprofits can reach new donors and supporters who are likely to be interested in supporting their cause, and small startup businesses can advertise their services to audiences who are more likely to be interested in trying them over the “big guys.” All these entities would suffer from the increased higher cost of digital ads due to the tax SB 2 would mandate, which would ultimately be passed on to the Marylanders who use digital advertising.

We are also working with the National Taxpayers Union Foundation to have the voices of small business owners who will undoubtedly be impacted by this legislation heard. We have drafted the following letter to share our concerns with members of the General Assembly.

ACTION REQUESTED: If you or your business wishes to be a co-signor of the small business letter expressing opposition to SB 2, please let me know no later than Tuesday, February 25 (aduckman@mdchamber.org).

If you are concerned about the impact that this legislation will have on your business, please reach out to your elected officials.

This legislation on top of the “Sales Tax Proposed On Professional Services In Maryland” would raise some significant funding…while affecting many people and businesses in our state…the hardest hit (in my opinion) would be the various small businesses with all of the new potential tax increases.

The votes on these bills will be ones I will be watching closely…especially watching how the delegation members from Howard County vote. 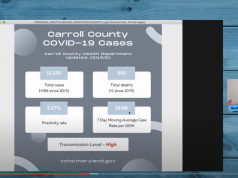 Located in Ellicott City, Maryland is now the proud home to one of the very few official Koreatowns in the United States