Howard County Executive Calvin Ball sent the following letter to the Howard County Board of Education in advance of their 3:00pm meeting today for Adoption of FY21 Operating and Capital Budget Requests & FY22-26 Capital Improvement Program. Here is the text of that letter:

Dear Chair Ellis and Members of the Board of Education:

I want to thank you for your careful consideration of the Superintendent’s FY2021 proposed budget. As you confront the many tough choices you will make during your budget process, I am hopeful that you will factor the County’s broader budget outlook into your review of the Howard County Public School System (HCPSS) budget.

Provided below are key points of context that I am hopeful you will consider as you review the HCPSS budget. As the HCPSS budget comprises over half of the County’s total operating budget, the decisions that you make will significantly impact the residents of our County.

• Howard County has a long-standing record of funding education beyond its peers.

Howard County’s position as one of the top school systems in the country is due in large part to our funding decisions. On a per pupil basis, Howard County’s local spending ranks third amongst Maryland’s twenty-four (24) jurisdictions, exceeding the statewide per pupil average by 41%. The approved FY2020 budget ($18.2 million increase) exceeded prior funding trends, providing the largest increase in County funding in the past five (5) fiscal years.

• The current proposed budget far exceeds what the County can afford.

Despite our strong record of funding education, the current Superintendent’s proposed budget increases the County share of the HCPSS budget by $63.2 million ($54.2 million in recurring funds). This increase nearly doubles total revenue growth County-wide ($36.5 million in FY2020), and is nearly equal to the amount of County funding growth to the HCPSS budget over the last four years combined.

Conversely, revenue growth is projected to slow. Over the past three (3) years, total revenue growth has averaged 2.3% ($24.7 million per year), down from an average increase of 7.4% annually from FY2003 to FY2009, and 4.0% from FY2010 to FY2016. In the FY2020 Spending Affordability Advisory Committee (SAAC) report, it was projected that the County-wide gap between revenues and spending requests would reach $275 million in the next six years without corrective actions.

To fulfill a budget request for HCPSS that exceeds total County-wide revenue growth, tough decisions would be required that could result in deep cuts to County services or tax increases. For example, if in FY2021 the County receives the $36.5 million in revenue growth that was generated in FY2020, an HCPSS budget increase of $54.2 million in recurring funds would require $27.6 million in cuts to the County’s 26 agencies, Howard Community College (HCC) and the Howard County Library System (HCLS). The $27.6 million in cuts required to fund the current proposed HCPSS budget would equate to the cost of eliminating 450 police officers (94% of authorized sworn staff). As County Executive, I must balance priorities and ensure that the quality of all services provided by Howard County meet the needs of our residents.

To avoid deep cuts to services while funding the current proposed HCPSS budget, the County would be forced to increase taxes that support the County’s General Fund. The two largest revenue sources for the General Fund are property and income taxes, which combined provide nearly 90% of all General Fund revenue. Currently, County income taxes are at the highest level allowed by the State, and the property tax rate is second highest in the State (see Appendix). Increases to either of these funding sources would exacerbate the already high tax burden passed onto Howard County residents.

As has been communicated to HCPSS staff, County revenue growth in FY2021 is anticipated to fall in line with recent historical levels. Howard County has traditionally struck the balance of funding education at levels that exceed peer jurisdictions, without major consequences for the provision of County services or the tax burden carried by our residents.

I am requesting that the BOE propose a budget that continues this tradition of supporting education while balancing the overarching interests of the County. Thank you for your attention to this matter.

Here is the full PDF of the letter:  CLICK HERE 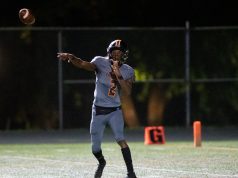 Howard County Football: Oakland Mills falls 22 to 15 to Frederick Douglass in the Semifinals of the MPSSAA Class 2A State Football Tournament 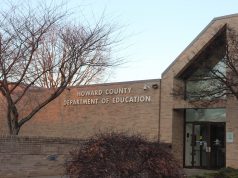