A big announcement was made last night at the Howard County Board of Eduction (HoCoBOE) meeting…Mavis Ellis announced that she will not run for reelection to the HoCoBOE in 2020.

After the first vote for chair of the HoCoBOE ended in a tie (4 to 4)…HoCoBOE member Ellis announced the following:

Now…that did not sway the vote and the second vote ended in a tie again (4 to 4) and so we do not have a new chair of the HoCoBOE. The two candidates selected were current Chair Mavis Ellis and HoCoBOE member Vicky Cutroneo. This vote will happen again in a couple of weeks (December 17th).

Here is the entire voting process:

I kind of called this a while back after HoCoBOE member Ellis closed her campaign account. I was not sure what it meant back then…but this kind of says I might have been right almost 200 days ago.

Now over the next 49 days HoCoBOE Chair Ellis could change her mind and decide to run…but this will be a BIG hit against her if she does decide to run for reelection in 2020.

We still do not know officially what HoCoBOE members Mallo or Taj will do as far as running for reelection in 2020 (Coombs and Delmont-Small have announced that they plan to run)…but I am guessing we might find out in the next few weeks.

The District 4 race right this second is a race between current HoCoBOE member Kirsten Coombs and newcomer Matt Levine. I expect many others to hop into that race before all is said and done. 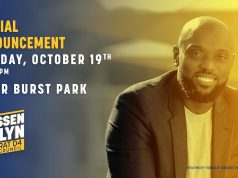 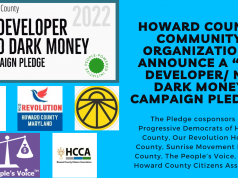