Here is a tweet of the winning goal in overtime:

Junior Ousman Touray (@OusmanT_6) netted the game-winning goal and @WildeLakeSoccer beat two-time defending state champs @CmiltonSoccer in overtime, 1-0, to win the 3A state championship Saturday for the first time since 1997.

We are so proud of this incredible group of ladies — your Wilde Lake Girls Soccer Team — state Finalists!!!
💚💛⚽️🐾 #LakePride @WLGSWildecats pic.twitter.com/2U3J67Q3xX

I can not say this any better than our County Executive did in a recent tweet: 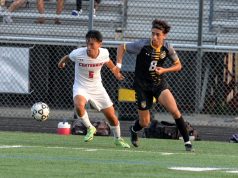