The Howard County Bag Tax Bill (also know as HB 1166-2019: Howard County – Authority to Impose Fees for Use of Disposable Bags Ho. Co. 04-19) was passed by the Maryland State Senate by a vote of 35 to 10. As of this post the vote totals have been posted but not the votes by State Senator. Once that document is online, I will update this article so that we all know who voted yes to make this happen.

This bill passed the Maryland State House of Delegates back on March 18th by a vote of 99 to 38 and now the bill heads to the Governor for signature.

For those (like me) that oppose this legislation we have one hope left…that Lt. Governor Boyd Rutherford (who is from Howard County) speaks with Governor Larry Hogan and convinces him that this is a bad bill and it should be vetoed. Hopefully they both see the logic in not moving forward a bill that would allow the Howard County Council to submit a local bill that would add a new punitive tax/fee on the shoppers in Howard County. Data proves that this bill will not accomplishing the goal of “significantly changing the behavior” of shoppers or reducing the number of plastic bags leaving stores year in and year out in Howard County after the law is enacted…what this is about is feeling good that they did something and raising money locally. I have detailed that in a number of posts in the past via DATA from DC and MoCo.

If the Governor does veto this bill…I will be happy to visit Annapolis and watch that take place and snap a few photos for the blog. I realize the the General Assembly could override his veto given the vote totals…but the Governor has been one that has advocated eliminating taxes and fees in Maryland “and put money back into the pockets of hard-working Maryland families and businesses”…I believe this would send a strong statement that those are still his beliefs today.

As always I like to share REAL data with my readers…so here is something to review in the context of this discussion. Giant Foods is the largest contributor to the Bag Tax in Montgomery County. It is easy to say that the MoCo law was directly targeted at stores like Giant Foods. I wanted to see if the law passed in that jurisdiction had the effect of reducing the number of bags taxed at checkout because more and more people were bringing in reusable bags. The data set I pulled was for the month of February from 2012 – 2019. Here is what the data shows:

The number of bags taxed rises every year but one (2016) in the data set above. I am having a hard time believing that more and more people are using reusable bags to the point that is has made SIGNIFICANT changes to shoppers behavior in stores like Giant Foods. Is that not the entire point of this tax?

I will continue to advocate for a plastic bags ban that would force stores to provide another option…I can totally get behind that option to make REAL reductions in plastic bags in our area…but never this punitive TAX on the shoppers.

My hope is that candidates considering running in 2022 are taking note of who voted yes and no on this issue in Annapolis this session. Because if this bill moves forward and Howard County is hit with a punitive bag tax on shoppers…this will make a great campaign issue during the 2022 election. Governor Hogan will provide a COVID-19 update on September 8th at 2:00pm 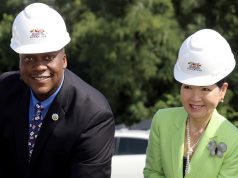