Akeem Hunt (Orlando Apollos) lead the league in rushing after week 1 with 73 yards he picked up this past Saturday. Here are the top 5 rushers after week 1:

Trent Richardson lead the league in rushing attempts with 23 attempts in week 1. The next highest number of attempts was 18 (Jhurell Pressley).

Here is a recap of the games from week one (CLICK HERE). 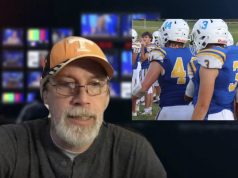