I had seriously hoped that the negative mailers would have stopped by now…or at least slowed down…but in District 9B….your mailboxes continue to get this stuff from entities outside of Howard County. I have two new ones to share with you today:

Courtney Watson: I can not make out an authority line in the images I was sent but I am going to go ahead and guess that this is from the Republican House Caucus Committee. If I am wrong, please let me know and I will correct this post. Here is the mailer:

Point of this mailer: I am guessing the point is to tie Watson to Jealous and to developer (and other special interest) money.

Bob Flanagan: This mailer is again from the Maryland Democratic House Committee Slate. Here it is:

Point of this mailer: This one confused me at first…but then I fell on the idea that maybe this is a knock on his age and memory (while sharing some of his votes…in the oddest way possible). If you have a better idea of the point of this mailer…let me know. I question the “30 years in Annapolis” statement. While I know he was an elected official in 1987…he left office in 2003 to work in the Ehrlich administration (Maryland Secretary of Transportation) for four years…then went back to the private sector…not returning to elected office until 2015. So is that really 30 years in Annapolis?

So to my count…this is the 3rd negative mailer against Watson (2 in the general and 1 in the primary) and the 6th negative mailer against Flanagan (all in the general). I kind of feel bad for all of the registered voters in District 9B…this stuff has to be annoying you at this point…and I am betting many of your are looking forward to Nov 7th when you can go to your mailboxes again without getting this stuff out of it.

Do the right thing…when you get this silly stuff in your mailbox…put it right where it belongs…in the trash (right after you take a photo and send it to me).

Scott E’s Blog will continue to call out these type of attack mailers (especially from outside entities). It is my hope that by calling them out…this stops them coming into our mailboxes in the future (I know…it probably won’t…but one can hope). 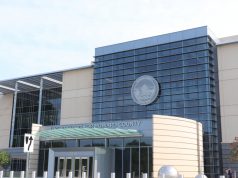